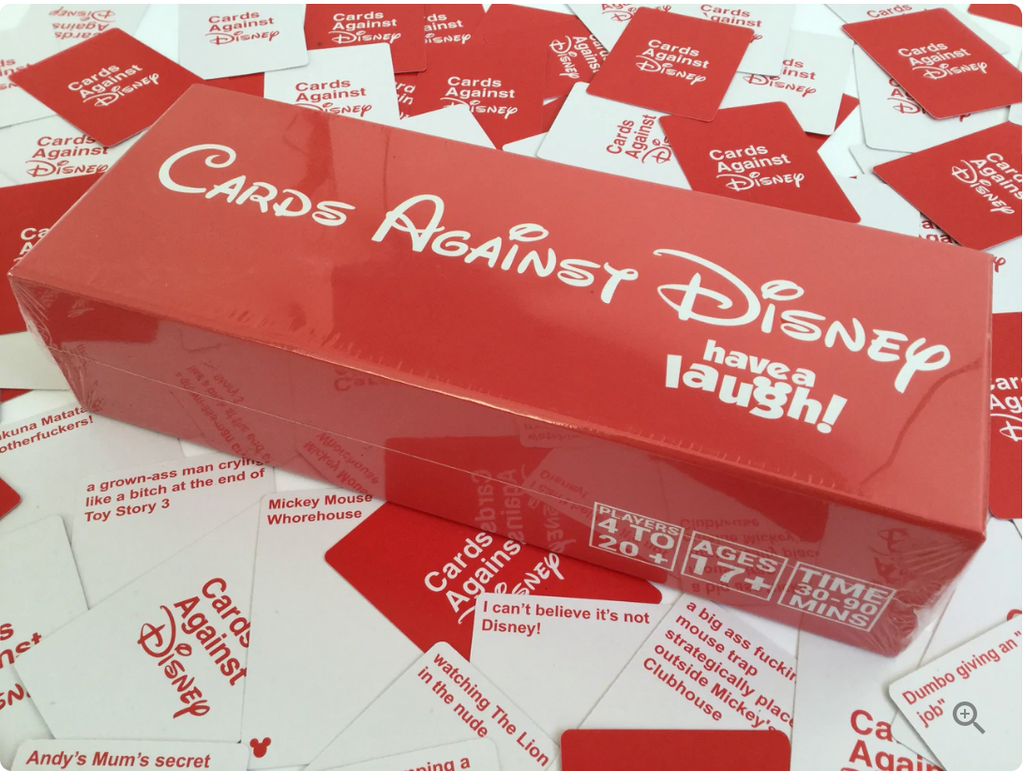 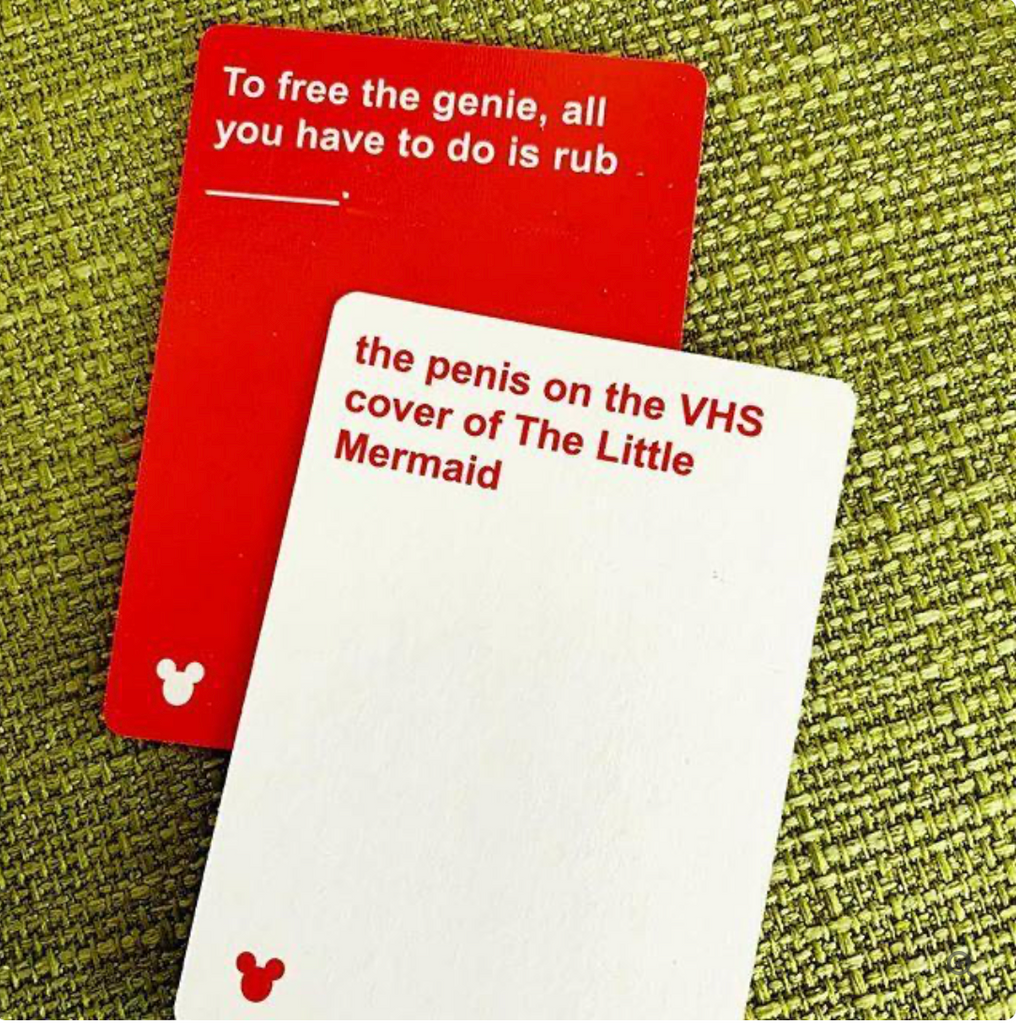 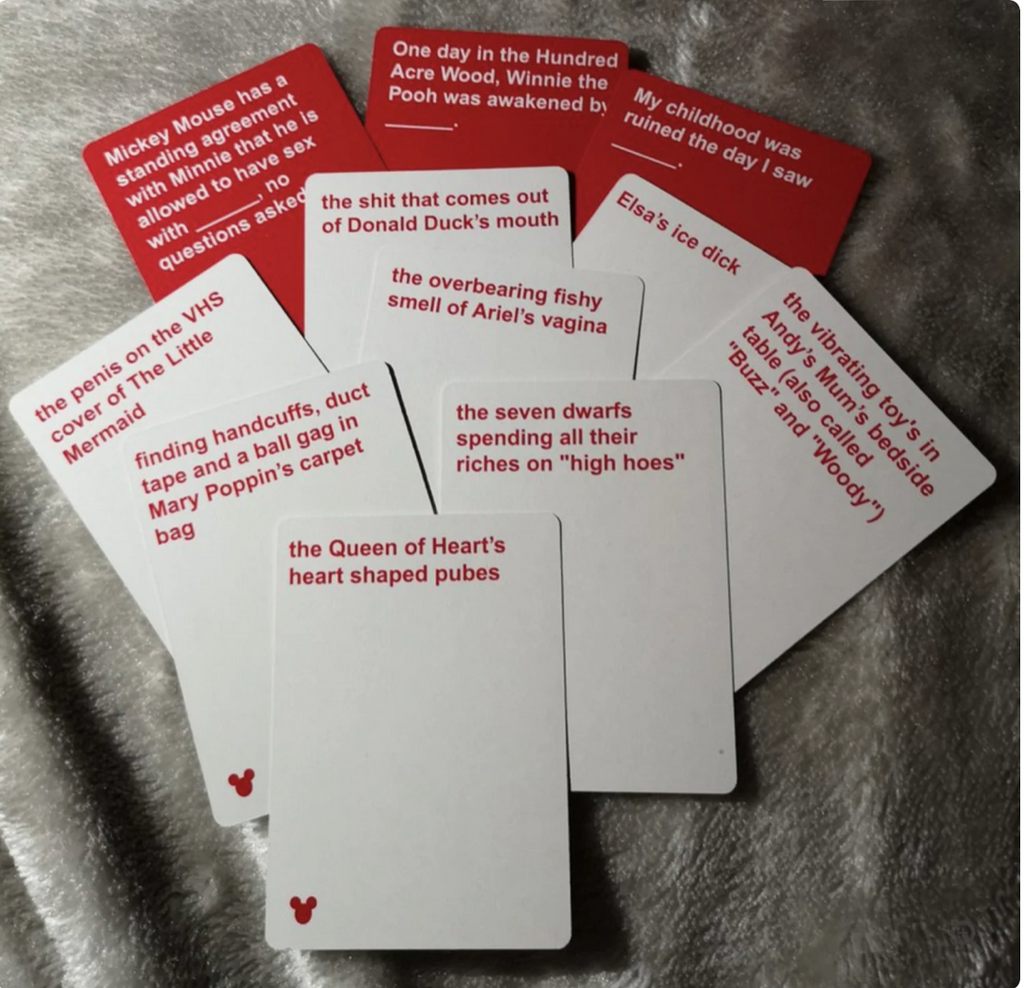 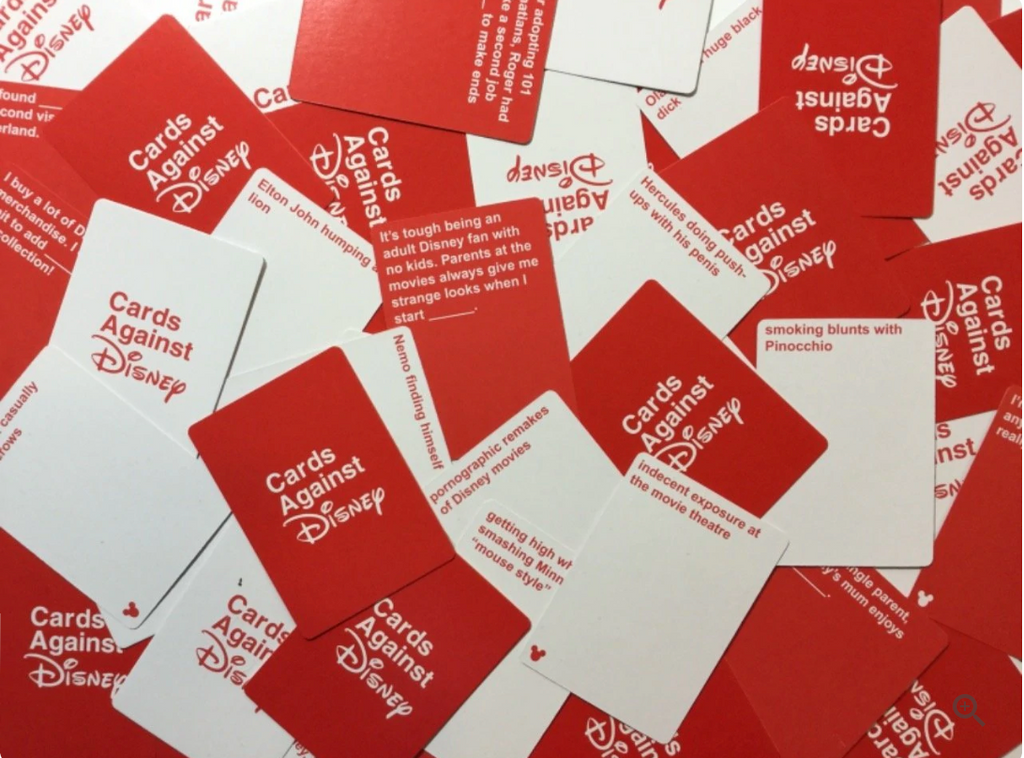 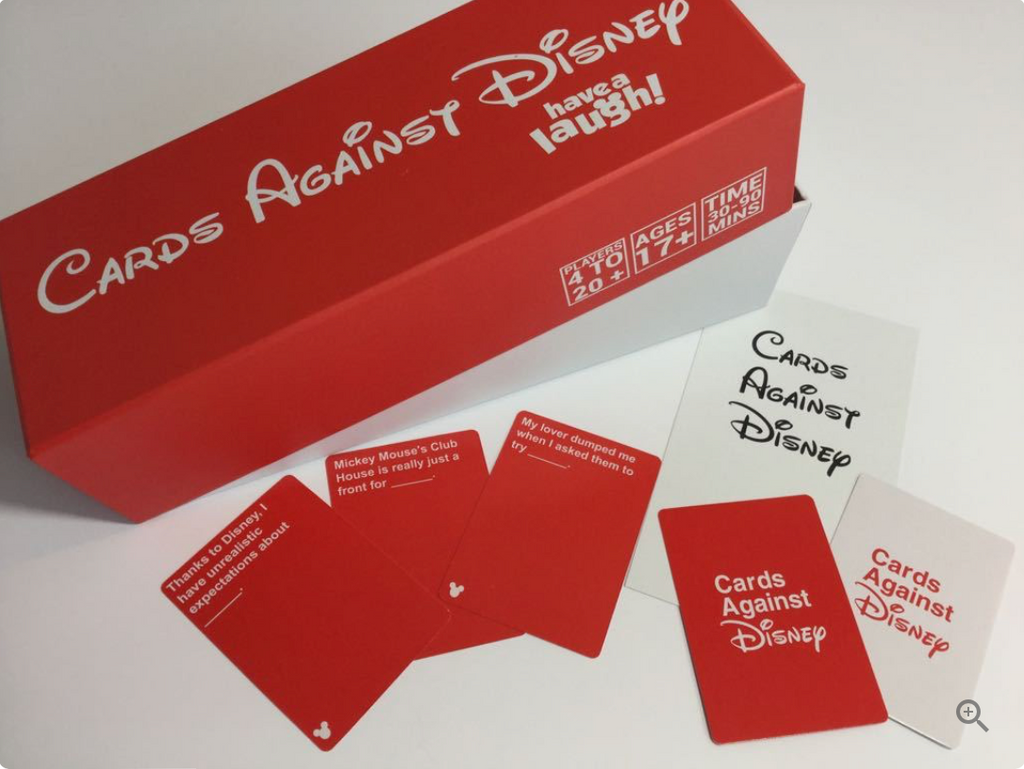 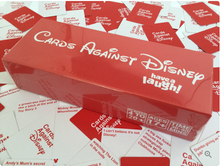 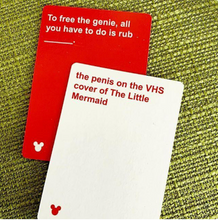 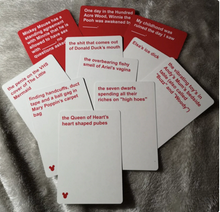 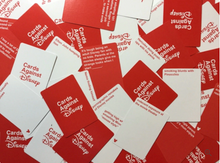 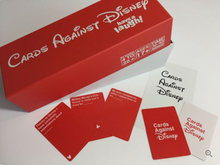 Cards Against Disney™ - Have A Laugh!

Cards Against Disney is going to blow your mind and all your Disney childhood memories. But don’t be too sad. For a dirty Disney date, hours of luscious laughter and bad behavior FOR ADULTS ONLY, this theme-card game will expand your Mickey Mouse and Toy Story memories with despicable Disney fun. OFFICIAL DISTRIBUTOR - Please be aware of cheap knock offs with mistakes & printing errors throughout the game! (This is the full and original 828 Cards Sealed Box Version).

Modelled on Cards Against Humanity, “Cards Against Disney” is all about using rude and vulgar language to turn Disney on its head to liven up a party and find out all the naughty innuendos that lie deep below Disney innocence, One card might divulge what Toy Story’s Andy’s mum’s secret really was!

This is how to play:

We’re sure you’ll love this game and we’re convinced that like in 101 Dalmatians, you’ll hit the spot with this one.

Take advantage but be careful that you don’t fall into the trap of buying a pirate version of the game. There are other sites out there selling shorter versions with less cards filled with spelling errors! It would be a terrible mistake, almost as bad as Disneyland closing down all their parks due to the Coronavirus!

Not for the easily offended and sensitive. Unlike most party games you've played, Cards Against Disney™ is as despicable and as awkward as you and your friends.

Cards Against The Simpsons