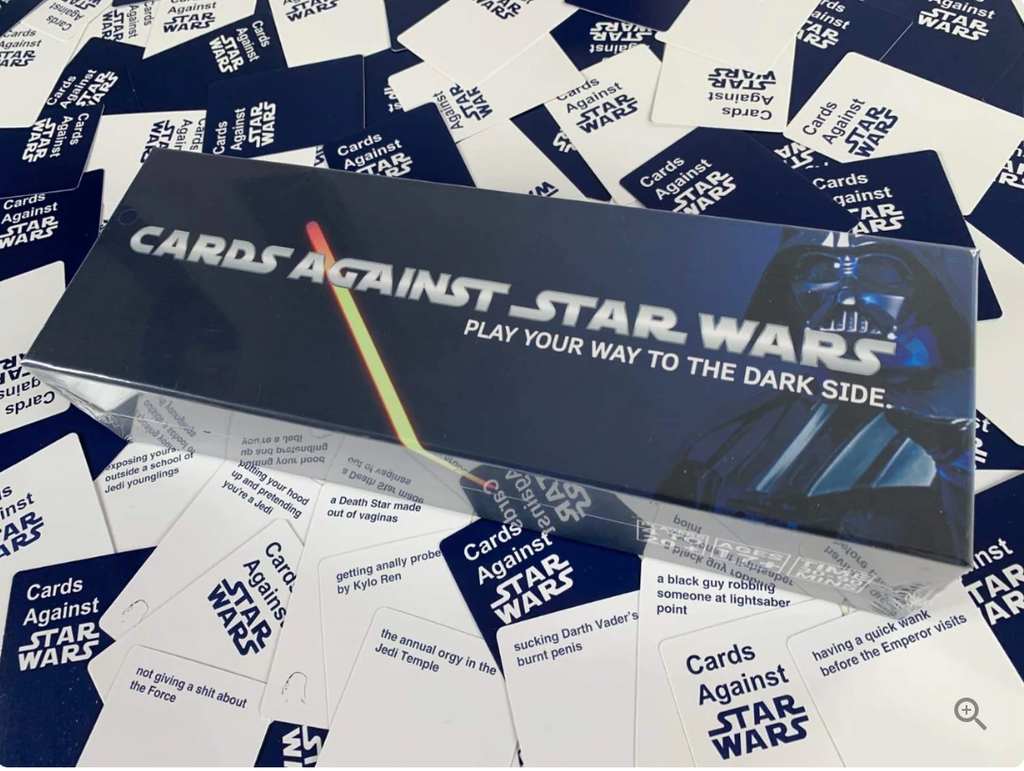 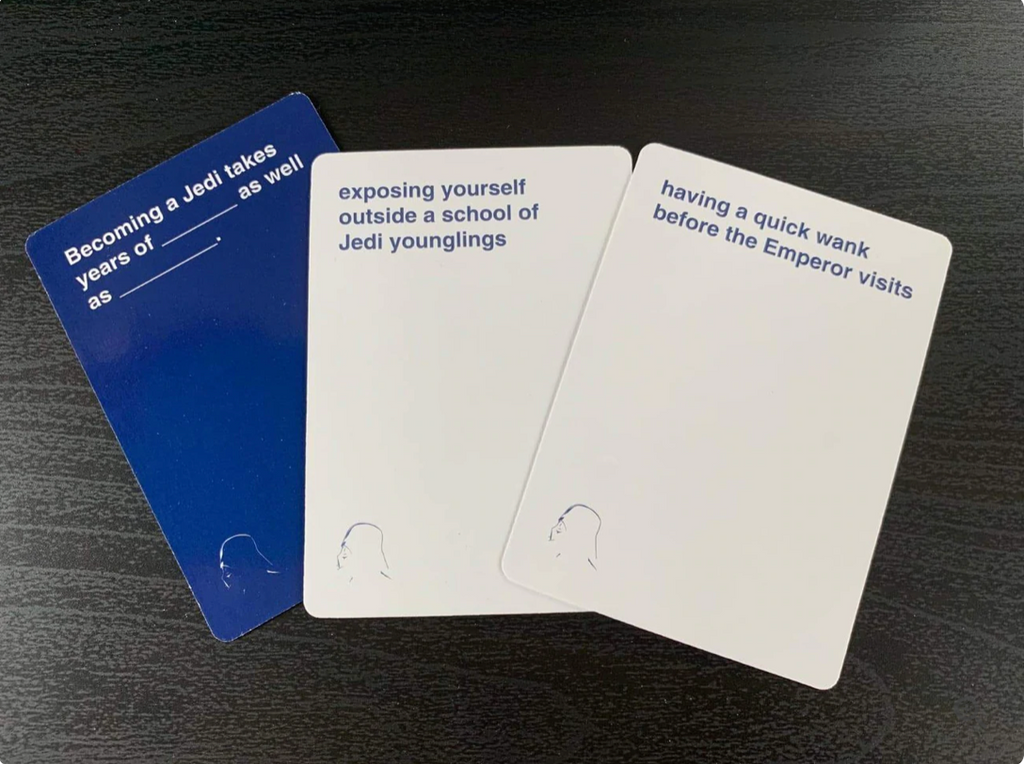 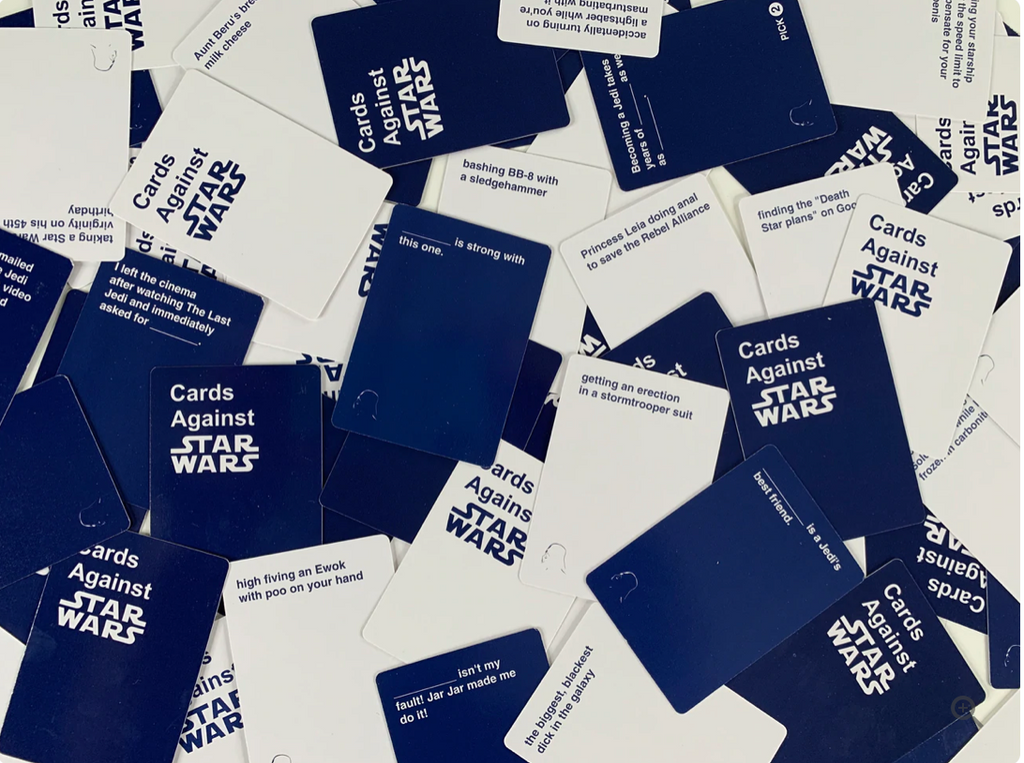 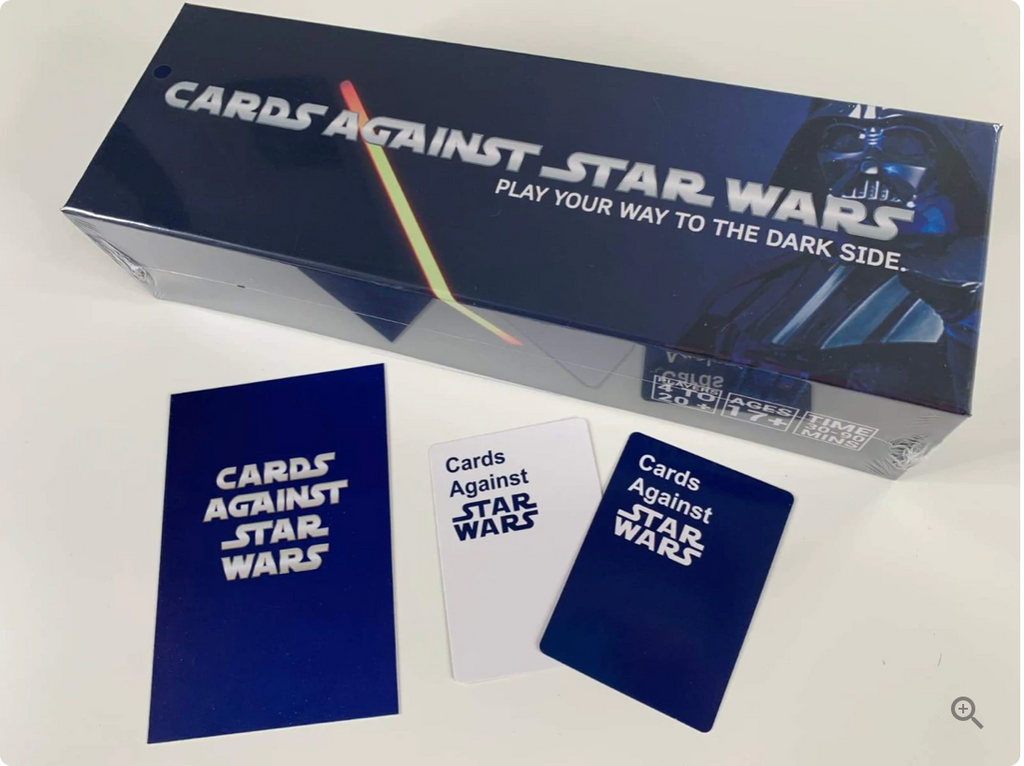 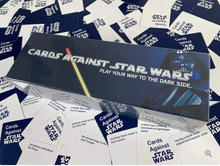 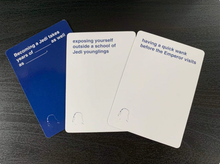 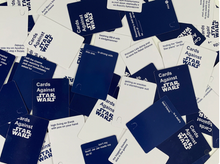 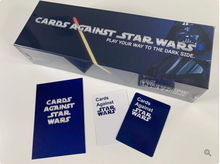 A long, long time ago in a galaxy far, far away… Hold on a minute. Dismiss the lines scrolling down and let’s get back to reality.

You won’t find ‘Cards Against Star Wars' in the shops. It is a one-of-a-kind card game for Adults Only. For a fun evening of playful bad behaviour put your lightsabers away and have the wildest card-game party you’ve ever had.

OFFICIAL DISTRIBUTOR - Please be aware of cheap knock offs with mistakes & printing errors throughout the game. (This is the full and original 922 Cards Sealed Box Version).

Modelled on “Card Games Against Humanity,” our “Cards Against Star Wars” card game is a Limited Edition card game with the Star Wars theme for you and your friends, and all the more fun if you’re a fan of Obi Wan Kenobi, Princess Leia, R2D2 and the rest of the crew.

“Cards Against Star Wars” is all about using rude and offensive Star Wars-style humour.Choose your friends wisely, and maybe start recruiting new Star Wars buddies of yours who will take kindly to joking with the Jedi or making announcements about Death Stars made from certain intimate female parts of the anatomy.

Don’t worry, the game is not that complicated and it won’t be necessary to pass any intergalactic training courses.

So this is how you play:

That’s just a taste of the fun you’ll have. With one swift stroke of your lightsaber or should we say, cautious click of your trigger finger, order the game now to see what else is in store.

With only 2-6 days shipping time, you won’t have to wait long to get the game. Take advantage but be careful that you don’t fall into the trap of buying a pirate version of the game. There are other sites out there selling shorter versions with less cards filled with spelling errors! It would be a terrible mistake, almost as bad as killing off Han Solo.

So, let the force be with you (sorry, we couldn’t resist that) and go for the laughter of a life time and with 922 possible howls the game will never die. Laughter is the goal here. It doesn’t really matter how you trigger it as we take you to the dark side with this rude and rowdy card game full of Star Wars humor.

Not for the easily offended and sensitive. Unlike most party games you've played, Cards Against Star Wars™ is as despicable and as awkward as you and your friends.

Cards Against The Simpsons